Skip to content
Home Polish War Graves in the Netherlands Why this site? 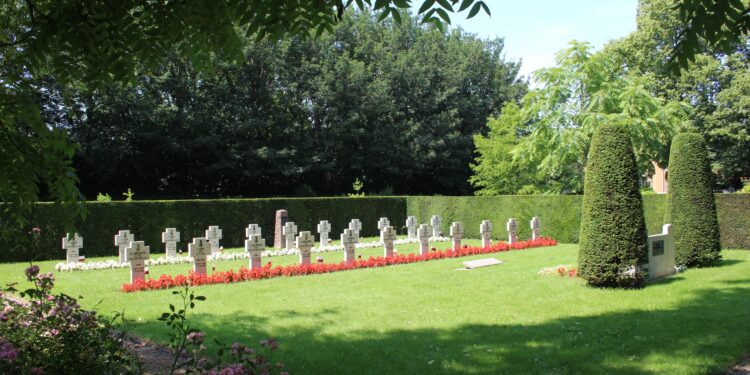 This contribution was not without sacrifice. Hundreds of Poles died while fighting Nazi Germany in an attempt to liberate their own country. Those who died in the Netherlands often found their final resting place in the Netherlands. We map these graves and the stories behind them on this site. This often involves information already available at other (online) locations, which we bring together here to provide an overview as complete as possible.

Setting up this site forces us to make choices. We start with Polish war graves in the Netherlands. How many are there and where can they be found? Who is buried there and where did he get killed? Did he get his final resting place right away of did he first get a field grave or a grave at a different graveyard? In this way it becomes clear that almost every region in the Netherlands has its own story of the Polish contribution to and sacrifices for our liberation.

Of coures there are exceptions. There are the Poles that are ‘missed in action’ with no know grave. Sometimes i t known where they were killed of where they were last seen alive which we will take as starting point. Others got killed in the Netherlands but are (no longer) buried in the Netherlands. When known to us, we will tell their stories as well.

With the website we primarily target interested parties in the Netherlands. We do, however, strive to translate the overview of the graves and most of the stories into English and Polish so that people outside the Netherlands can also easily access the information on our website.